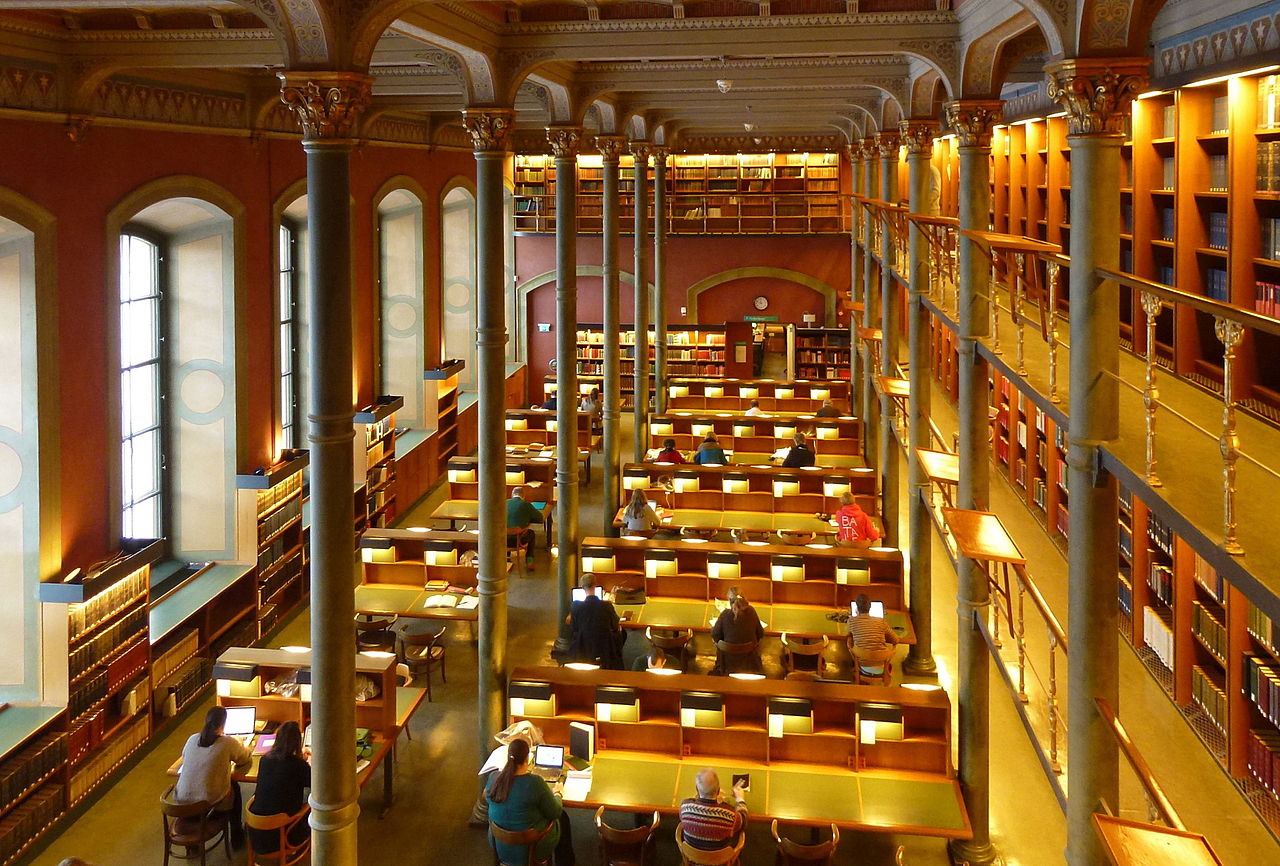 At the 2019 Wikimania conference, Europeana – a Europe-wide digital cultural platform – held several associated events, including the inaugural meeting of national libraries which work directly with Wikidata and its underlying software Wikibase. The event was organized by Liam Wyatt in his professional role as Europeana’s Wikipedia liaison. This article was also written in that role and originally published at the Europeana blog.
In his other role as a Wikipedia volunteer he is usually called Wittylama. He is one of the founders of Project GLAM and the original Wikipedian-in-Residence – as a volunteer. Also in this role he was program chairman of Wikimania 2019 –S

At the forefront of innovation

As Wikidata becomes an increasingly large, densely connected, web of linked data, the cultural heritage sector is leveraging the platform more and more. None more so than national libraries, who have been at the forefront of innovations. Thirty institutional representatives participated in this meeting from three continents.

The meeting began with a series of short demonstration talks from institutions already working with Wikidata and Wikibase in-house. These are notable not only for the variety of activities undertaken and the successes already being reported from these young projects, but also for the fact that until recently, they have all been happening largely in isolation with limited knowledge-sharing.

Demonstrations of projects currently underway were given by:

The new director of the National Library of Sweden, Karin Grönvall, on quite literally her first day at the job, also took the time to greet us.

Heading into the meeting, approximately 40% of the attendees reported that their institution had already undertaken export of their own information into Wikidata. Afterwards, more than 50% reported that as a specific result of what they had learned they would now investigate undertaking further exports; over 60% also reported they would now be investigating the Wikibase software for in-house use, and 100% of responses received stated a high satisfaction with the day’s usefulness for their institution.

What’s next: the roadmap

Following the initial presentations, the meeting moved on to discussions informing – and also getting valuable feedback about – the ‘roadmap’: the forthcoming developments in Wikidata and Wikibase.

This began with a section on the work of the Structured Data on Commons project – which is bringing the power of linked data to Wikimedia Commons – and was followed by in-depth discussions of two specific areas of Wikibase software development that are common requests for libraries: permissions and federation.

The former request, permissions, refers to the nuanced read and/or write permissions that cultural institutions would like to provide when managing their own catalogue infrastructure on Wikibase. While in Wikidata the general principle is that everyone can see and edit any part of any item, for libraries this might not be sufficient. Potential outcomes include: designating certain users with advanced permissions to edit specific sections of items, or certain items in entirety; and making certain items or sections of those items visible only to particular users. Having a ‘second opinion’ check-function before a change is published was also discussed. These features might be necessary, for example, in catalogue management where some library staff have the right to edit bibliographic metadata, while other designated staff might have the right to view particularly sensitive information about acquisitions.

The latter request, federation, refers to the principle that multiple Wikibase instances can work with each other – each containing different information, but being able to sync elements so as not to duplicate effort and in order to propagate up-to-date information. However, as Lydia Pintscher – Wikidata product manager – explained to the group, everyone believes federation is a good idea, however everyone also has a different understanding of what it would mean in practice! In the meeting we talked through various practical options of federated Wikibase including but not limited to: shared properties but local items, shared items but local properties, and shared querying.

Almost simultaneously to this event, the Wikidata team published four strategy papers, including the high-level vision, and a specific paper discussing the future of the Wikibase ecosystem. This latter report provides the specific motivation for why the cultural sector – particularly national libraries – are investigating Wikibase:

This strategy is consistent with the extensively researched Association of Research Libraries April 2019 whitepaper discussing the use of Wikibase and Wikidata in the library context.

For more information about any of the discussions during the Stockholm meeting, please consult the comprehensive notes taken during the day itself.