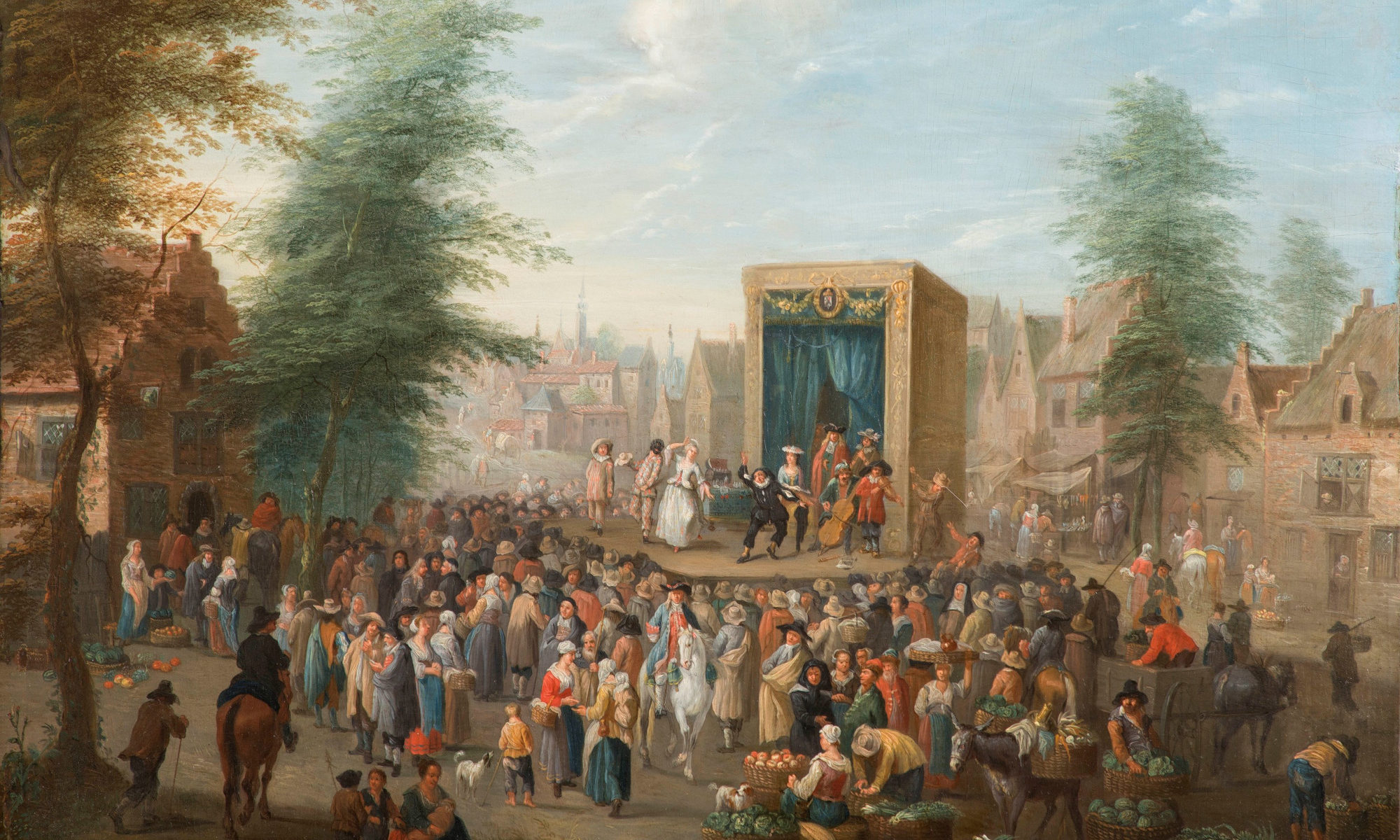 This may come as a postscript to the previous or as a sneak preview of upcoming projects that will deal with theatre and its history. An interesting topic with all the networks of actors knitting their personal ties in ever changing ensembles of travelling companies that visit cities and courts, of emerging houses with standing ensembles, of authors, of plays and of various roles – and then again of actors who would play certain types in various plays…

The following itinerary follows one of these groups, the so called Hochdeutsche Hofcomödianten or the Velten Company, named after the Veltens, a couple who were the directors between 1670s and 1712.

The image catches all the journeys this group took between 1693 and 1712, the years when Catharina Elisabeth Velten was the company’s director. The FactGrid viewer gives the list of the known stays as Günther Hansen noted them in his Formen der Commedia dell’ Arte in Deutschland (1968), p. 269.

The image is interesting as it captures a structural characteristic of the itineraries which theatre companies were likely to produce back in the 17th and 18th centuries. The actors did not travel as tourists. They were rather acting like nomadic families following larger herds as these were looking for ever fresh pastures.

We are speaking here of companies that could have 100 plays in their repertoires. They would come to a place, determine what they could offer as relative novelty – depending here on the rivalling enterprises that had been there in recent years with their respective repertoires. Once a company had been at a place for two weeks it had exploited its repertoire and exhausted the audience. The group could return a couple of years later to attract fresh audiences with plays that would now be interesting. The pattern is therefore more like the pattern groups following herds of reindeer that would in turn find their various regional barriers. Language barriers are the natural barriers of theatre players, though German was here an extremely useful language – spoken in the present German speaking territories but also in much of Poland and in major places in Scandinavia and the Baltic area where merchant communities of the old Hanse world had become major ethnic groups. The Velten Company spoke – as the name indicated – „Hochdeutsch“, High German, not low German the language that would only be understood in the coastal regions.

The visualisation has its ugly sides: No one could use a plane to fly direct way from Stockholm to Vienna. An alternative would be a database that knows contemporary travel routes. An alternative could also be a map with bigger and smaller nebulous spots to see how often they visited certain places – that, however, would not show the difference between them and people who travelled on their “grand tour”, avoiding to visit a place twice.

The list of stays comes with gaps. How do you get from Frankfurt to Leipzig in 1705? Via Gotha and Erfurt? I resist the temptation to get into the locale state archive to find out when they passed through.

We should collect information down to the level of repertoires, actors, and competing troupes, and and get a picture of how this market developed.

German Wikipedia user Enyavar responded to the visualisation here with this alternative view of times a place had been visited:

which adds information on the era of Catharina’s husband, the preceding director, and which gives a clearer view on Leipzig and Dresden, the home base of the company that was privileged by Dresden’s court.